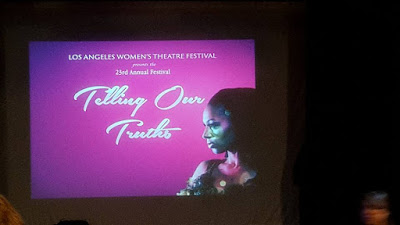 
The Los Angeles Women’s Theatre Festival (LAWTF) celebrated its 23rd anniversary by kicking off a weekend of festivities Thursday night with an opening night, A Toast To Greatness, champagne gala and awards ceremony honoring six women for their career and life achievements.

The event, hosted by actors Starletta DuPois and Barry Shabaka Henley, and written and directed by Shanae Sharon, was held at The Electric Lodge in Venice. The theme of this year’s festival is Telling Our Truths. 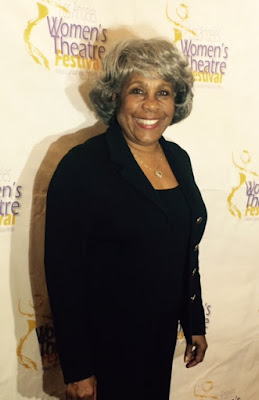 
“This evening is important because it’s about women supporting other women,” said DuPois. “I like what the festival represents. It shows how women can grow and fly. Women need to understand each other and push each other up. This festival shows how much we love each other.”


“In a world run by men, it’s important to honor the accomplishments of women every chance we get,” said Henley.  “It’s an important tool passing on culture and history.  It’s a way of honoring our tradition and storytelling.” 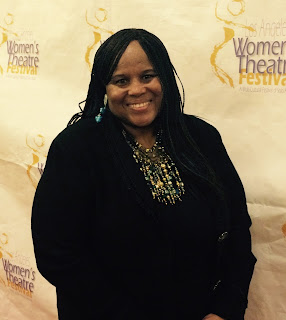 
The night’s honorees included Sandra Evers Manly, who received the Integrity Award, presented to an artist or individual who has brought credibility and dignity to her work. Evers-Manly is a former president of the Beverly Hills Hollywood NAACP. She oversaw the NAACP Image Awards as well as the NAACP Theater Awards. She also supports the Ebony Repertory Theatre and the Los Angeles Mark Taper Theatre Education Program. Evers-Manly is the founding president of the Black Hollywood Education and Resource Center (BHERC) which, for the past 22 years, has sponsored the African American Film Marketplace and S.E.Manly Short Film Showcase, “Sisters are Doin' It For Themselves” and “Real Black Men” Film Festivals as well as the Los Angeles Youth Diversity Film Festival.

Other honorees included the following.


Eloise Laws was given the Eternity Award, given to an artist or individual whose lifetime achievements have made a lasting contribution to the world of theatre. Eloise Laws, known to her
fans simply as "El", is a Broadway actress, singer, and author with more than 30 years in the entertainment industry. She is critically acclaimed for her harmonious jazz, soul and R&B music.

Marja-Lewis Ryan was given the Maverick Award, presented to an artist or individual whose work has set a high standard of individuality and self-styled creativity. Marja-Lewis Ryan (writer/director/producer) holds an Honors BFA in theatre from NYU’s Tisch School of the Arts where she studied at The Atlantic Theater Company. 2011:  She wrote, produced and starred in her play Dysnomia (Ovation nomination for Playwriting). 2014:  Ryan made her directorial debut with her play One in the Chamber (Winner: Los Angeles Drama Critics Circle Awards for Best Writing, and for Best Actress Heidi Sulzman; Ovation nomination for Playwriting). 2015: Ryan directed and produced the L.A. Premiere of David Mamet’s The Anarchist starring Felicity Huffman and Rebecca Pidgeon.


Ana Maria Alvarez received the Rainbow Award, bestowed on an artist or individual for her diverse contributions in fostering non-traditional and multi-cultural theatre works. Alvarez, a Cuban-American choreographer, is known for her daring, multidimensional and boundary blurring choreography. 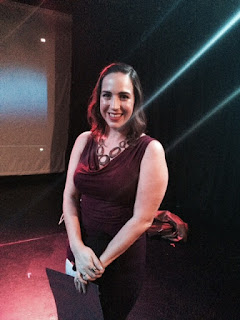 
Dr. Chantal Rodriguez also received the Rainbow Award. Rodriguez, Ph.D., is the programming director/literary manager for the Latino Theater Company, operators of the Los Angeles Theatre Center (LATC) in downtown L.A. Since 2009 she has produced many seasons of culturally diverse work at the LATC including Encuentro 2014, the largest Latino Theatre Festival in over 25 years.


Actress Elizabeth Pena was honored posthumously with the Infinity Award, memorializing exceptional achievements of a theatre artist.  She is the daughter of the founders of the Latin American Theatre Ensemble. She was a founding member of the Hispanic Organization of Latin Actors (HOLA). Although known for her work in television (Tough Cookies, Shannon’s Deal, I Married Dora, Resurrection Blvd.) and feature films (Jacob’s Ladder, Down and Out in Beverly Hills, Lone Star, La Bamba), she also had extensive stage credits, mostly in New York. Her stage work included roles in Act One and Only, Antigone, Blood Wedding, Night of the Assassins, Italian-American Reconciliation, Bring on the Night, and more. Pena passed away in October 2014.

As is its tradition, this year’s LAWTF will present a number of solo works showcasing the many voices of womanhood, while celebrating the theatre community. On tap is a roster of distinguished artists who will co-host four days and five programs through March 27.

“A festival like this empowers women,” said Laws. “This is a great way to meet and greet other people in the business. It’s about communicating. Something like this lets the community know what’s going on in the theater.”

Laws said it was “encouraging” to be honored.

“It’s nice to be honored by your peers,” said Laws. “It’s more meaningful when your peers like and honor your work.”

In its 23-year history, the LAWTF, the longest running annual solo festival for women in Los Angeles, has produced more than 500 multicultural and multidisciplinary solo performers from around the world.

The LAWTF, a non-profit, was founded by Executive Producer Adilah Barnes and Miriam Reed.

The nominees for the 43rd Annual Daytime Emmy Awards were announced today.  The show takes place on Sunday, May 1.

Outstanding Game Show
Jeopardy!
Let's Make a Deal
Monopoly Millionaire's Club
Who Wants to Be a Millionaire
The Price Is Right 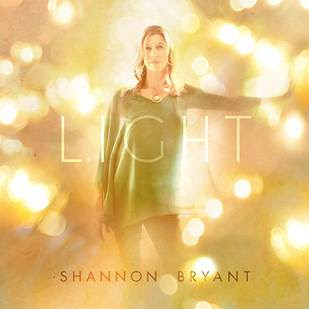 As airplay for the “Light” album grows in March at commercial, NPR and college radio stations, the topical title track confronting guns and domestic violence will air throughout April on Women of Substance Radio’s “Music with a Conscience” as well as be programmed on an episode of the Women of Substance’s podcast, an award-winning iTunes topper that highlights new independent music releases.

Gracefully plying her expressive soprano voice, Bryant’s studies in philosophy inform her highly-personal lyrics on this, her third album. The London, Ontario native and longtime San Francisco resident communicates with candor and revealing slice-of-life poetry. For instance, “Fresh Air” host Mark Rheaume singled out “Milk & Honey” for a spotlight segment, a song memorializing Bryant’s late mother with a series of fond remembrances. On “Light,” contemplative ruminations about love, relationships, spiritual direction and empowering affirmations of self-worth and discovery are paired with alluring melodies – beautiful, pristine notes and harmonies that breathe life and color into Bryant’s stories. The acoustic accompaniment organically underscores her messages with several tracks benefitting from sparser instrumentation. Live strings throughout the proceedings add depth and lushness while ratcheting the emotion.

Bryant will perform music from “Light” at the Shelton Theater in San Francisco on May 15. For more information, please visit www.ShannonBryant.com.
Posted by donloeslowdown.blogspot.com at 11:01 AM No comments: 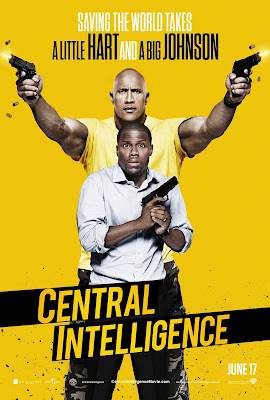 ​SYNOPSIS
After he reunites with an old pal through Facebook, a mild-mannered accountant is lured into the world of international espionage.​
Posted by donloeslowdown.blogspot.com at 7:32 PM No comments: 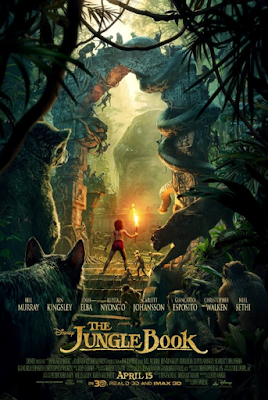 SYNOPSIS: Raised by a family of wolves since birth, Mowgli (Neel Sethi) must leave the only home he's ever known when the fearsome tiger Shere Khan (Idris Elba) unleashes his mighty roar. Guided by a stern panther (Ben Kingsley) and a free-spirited bear (Bill Murray), the young boy meets an array of jungle animals, including a slithery python (Scarlett Johansson) and a smooth-talking ape. Along the way, Mowgli learns valuable life lessons as his epic journey of self-discovery leads to fun and adventure.

Posted by donloeslowdown.blogspot.com at 6:32 PM No comments: 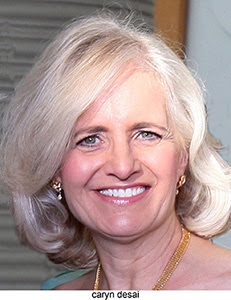 The award, which was announced just days after desai accepted the Los Angeles Drama Critic Circle Award for ‘Best Season’ at the circle’s annual ceremony, honors desai’s excellence in leadership and service that stands out as a stellar example to youth in the community.

“I have had the opportunity to participate in some of your great programs,” wrote AAHCF CEO Chandra Salaam in a letter. “Thanks for your senior outreach which provides access for low-income senior citizens. However, AAHCF seeks to honor you for your phenomenal youth outreach programs, including ICT’s mainstage productions, Performing Arts Classroom Teaching program, Student to Stage program, internship opportunities and the Summer Youth Conservatory.”

“This is especially rewarding because it is for the work we do in the community, not only for our theater productions,” desai said.

The African American History & Culture Foundation’s mission is to enhance the lives of urban youth, their families and communities by providing ongoing historical, educational and recreational services to meet their diverse needs.

The awards ceremony is set to take place on June 25 on the campus of California State University Dominguez Hills.
Posted by donloeslowdown.blogspot.com at 11:49 AM No comments: 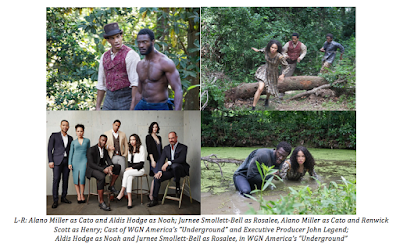 Los Angeles, March 14, 2016 – On the heels of rave reviews, the premiere of WGN America's critically acclaimed hit series "Underground" shattered records as the most-watched program in nearly 18 years on the network, since the Cubs vs. Cardinals game on 9/8/1998 where Mark McGwire famously hit his 62nd home run beating Roger Maris’s single season record.  In Live + 3 delivery, “Underground” amassed 3.5 million Total Viewers (+43% vs. 2.5 million) and 1.5 Adults 25-54 (+51% vs. 983,000), last Wednesday night (premiere and three encores) to become the highest rated original scripted program ever in the network’s history.  When adding digital platforms and encores, "Underground" continued its winning streak, outpacing all originals on the network with 4.9 million Total Viewers on premiere night and 5.7 million Total Viewers across the week.  The 10 p.m. airing drew 2.3 million Total Viewers (+60% vs. 1,421,000) and 985,000 Adults 25-54 (+68% vs. 585,000), outperforming the network’s prime average season-to-date by +948% in the demo.

"We couldn't be happier with the outstanding performance of 'Underground,' but the overwhelmingly positive response of the audience to this story about the unsung American heroes of the Underground Railroad is even more gratifying," said Matt Cherniss, president and general manager, WGN America and Tribune Studios.  "The talented creators Misha Green and Joe Pokaski, along with the producers and an amazing cast and crew, have created something truly special."

The commercial-free premiere of “Underground” aired Wednesday, March 9 at 10 p.m., and ranks an impressive #6 in Total Viewers among all scripted cable series premieres this broadcast season and #8 among Adults 25-54.

Lauded for its vivid and thrilling portrayal of the revolutionaries of the Underground Railroad, "Underground’s” 3.5 million Total Viewers on the night improved on the premiere nights of the network’s popular originals “Outsiders” by +25% (vs. 2.8 million) and “Salem” by +9% (vs. 3.2 million).

From creators and executive producers Misha Green and Joe Pokaski, and executive producer and Academy Award®-winner John Legend, the 10-episode, hour-long program tells the unflinching story of a group of courageous men and women who band together for the fight of their lives – for their families, their future and their freedom.  In all-new episode of "Underground," "War Chest," airing WEDNESDAY, March 16 (10:00 p.m. ET/PT), a plantation dance becomes the perfect distraction for a heist while John and Elizabeth step into a strange new world.

“Underground” has fast amassed a passionate fan base, and trended on Twitter in its premiere night as the second highest trending topic of the night, only after the Democratic debate.  The series was recently honored at the White House with a screening and panel discussion as part of the Office of Public Engagement's Black History Month program.  Additionally, "Underground" has been screened at a number of revered institutions, universities and events, including National Civil Rights Museum, 2016 Sundance Film Festival, NAACP, Schomburg Center, DuSable Museum of African American History, Howard University, New York Comic-Con, and more.

Posted by donloeslowdown.blogspot.com at 6:18 PM No comments: