Kofi Siriboe Talks About His Role In Queen Sugar 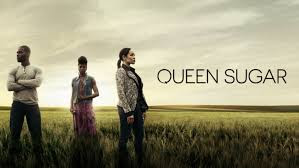 The popular family drama, Queen Sugar, which debuted on the OWN Network in 2016, has quickly become a fan favorite.

The Ava Duvernay (Selma) created, directed and executive produced series about three Bordelon siblings and the family farm they inherit after their father’s passing, debuted its second season with a two-night opener on June 20-21.

Set in Louisiana, Queen Sugar returns with the siblings still struggling to move forward. This season Charley (Dawn-Lyen Gardner, Unforgettable) relocates to Saint Josephine, LA to help run the family business. As the only black female sugarcane mill owner, she must fight to regain her independence while rebuilding her relationships with her estranged siblings. Ralph Angel (Kofi Siriboe, Girls Trip) struggles to transform from a formerly incarcerated single father to a landowner in the eyes of his family as he works to restore his relationship with his son’s mother. Nova (Rutina Wesley, True Blood), a journalist and activist finds herself torn between her activism and her desire to be loved. Together, they must learn to rely on one another as they navigate their tenuous bonds as family.

Queen Sugar is produced for OWN by Warner Horizon Scripted Television. The executive producers are Ava DuVernay, Oprah Winfrey and Monica Macer. The series is based on the book by Natalie Baszile.
One of the breakout stars of Queen Sugar is the hunky and popular Kofi Siriboe who has become the focus of the female fans of the show. Siriboe, whose personality matches his megawatt smile, will soon be seen (July 21, 2017) in the comedy Girls Trip with Queen Latifah, Regina Hall, Jada Pinkett Smith and Tiffany Haddish.  Some of his screen credits include Whiplash, The Longshots, Straight Out Of Compton and Kicks.  Siriboe’s career spans television, film and theater.

I recently caught up with Siriboe (Ralph Angel) at the Four Seasons hotel in Beverly Hills to talk about the show.

DD: Your character has made some shifts since he made his debut a year ago. Things have changed with Ralph Angel. Are you happy with the direction your character is going in?

KS: I don’t think I could be on this project with Ava (DuVernay) and Oprah (Winfrey) if I didn’t trust their vision.  I trust the direction of the show. We’re in good hands.

DD:  This season I’m told we’re going to see a different side of Ralph Angel.

KS:  I know the other side of Ralph Angel now it’s time for the audience to see that side. We all know how to get mad and upset so it just goes back to reality. We’re all human. Ralph Angel is human. As an actor I wouldn’t have a problem showing his humanity.

DD:  Last season Ralph Angel showed his vulnerable side. Will we see more of that?

KS: I love how we get to see him in vulnerable moments when he’s with his son. I’ve also played roles where that love and vulnerability was portrayed differently. You should see a movie I made called, Kicks. 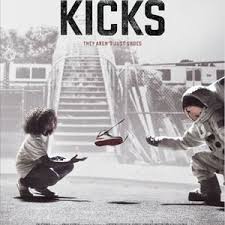 DD: I did. It was one of my favorite movies last year.  Your character, Flaco, in that film was something else.

KS:  Flaco and Ralph Angel came from the same place, but they are different people.

DD: Are you encouraged or discouraged about the direction of the entertainment industry?

KS: I’m encouraged on a universal level. Personally I’m more of a creative control person. I have visions and worlds I want to bring to life.  My goal, coming into Hollywood when I was five years old, was to bring that life out.  It’s a journey getting there.  I’m enjoying that journey.

KS: My next steps are about creating.  I don’t want to just work, work, work. I want to create things and tell great stories and bring real truth to the human experience. What you put out - you get back.

DD: Even though you’re already in the biz, it’s not easy going in another direction.

KS: There is a structure I have to navigate and be a part of. I can’t ignore the reality of the system.  I don’t let it delegate my drive, though. Hollywood is beautiful. I don’t fall victim to the allure of it. There is so much that you can fall victim to. It’s so beautiful.  At the end of the day, as long as I’m doing what I want to do, which is creating good stories and bringing that to the human experience – I’m good.

KS: Girl Trip is with Jada Pinkett Smith, Queen Latifah, Regina Hall and Tiffany Haddish.  It's a good film starring those four women. It’s based in New Orleans – same as Queen Sugar. I just think, I’m blessed. I’m attracting great roles and great projects.   It’s going to be an amazing movie. This film will make you laugh. It was a great way to decompress. I shot this about a week after I wrapped Queen Sugar.  I got to spend a month in a really silly atmosphere. That’s going to be another side of me that others don’t get to see.

Queen Sugar is produced for OWN by Warner Horizon Scripted Television. The executive producers are Ava DuVernay, Oprah Winfrey and Monica Macer. The series is based on the book by Natalie Baszile.

Queen Sugar airs on the OWN network Wednesday nights at 10 p.m. ET/PT.

Posted by donloeslowdown.blogspot.com at 4:47 PM No comments:

Festival Guest Director Miguel Arteta (Chuck & Buck, The Good Girl, Beatriz at Dinner) was awarded the Spirit of Independence Award at the event for his work advancing the cause of independent film and championing creative freedom.  Film Independent President Josh Welsh also took the opportunity to thank the more than 60 generous sponsors, funders and media partners without whom the Festival would not be possible.

“This year the LA Film Festival stretched all across our city, from downtown to the beach,” said Festival Director Jennifer Cochis. “We're so grateful to the film lovers who packed our theaters in support of our storytellers. Today we celebrate the winners of the LA Film Festival Awards!”

“Producing the LA Film Festival is a huge undertaking, with filmmakers from all across the globe, venues all across the city, and hundreds of volunteers helping us pull it off,” said Film Independent President Josh Welsh. “We truly could not do it without the extremely generous support of our many sponsors.”

The World Fiction Award went to Diego Ros for The Night Guard (El Vigilante), which made its North American Premiere at the Festival. Jury Members: Caroline Graham, Lincoln Jones and Javier Fuentes-León.

The Documentary Award went to Amanda Kopp and Aaron Kopp for Liyana, which made its World Premiere at the Festival. Jury Members: Katherine Fairfax-Wright, Paul Federbush and Matt Holzman.

The Nightfall Award went to Amanda Evans for Serpent, which made its World Premiere at the Festival. Jury Members: Jimmy Tsai, Clarke Wolfe and Andrew Curry.

The Audience Award for Documentary Feature Film was given to Skid Row Marathon, directed by Mark Hayes.

The Audience Award for Fiction Feature Film went to The Keeping Hours, directed by Karen Moncrieff.

Elfman offered free licenses of his Rabbit and Rogue album to filmmakers on indi.com as the catalyst and soundtracks to their short films.  The winning films screened at the Festival. The jury was comprised of Gus Van Sant, McG, Rob Minkoff, Sam Taylor-Johnson, Paul Haggis and Suzanne Todd.

Awards were given out in the following categories:

Aputure is a company that believes creators should never have to compromise their vision because of a budget. Offering professional-grade equipment affordable to filmmakers everywhere, Aputure sells in over 100 countries offering filmmakers and photographers LED lights, monitors, microphones and lens adapters. In partnering with the LA Film Festival to present the Aputure Cinematography Award, they are awarding $4,000 in lighting equipment to the winning film's director of photography.

****
Nightfall Award
Winner: Serpent, directed by Amanda Evans
Screenwriter: Amanda Evans
Producer: Greig Buckle
Cast: Sarah Dumont, Tom Ainsley
Film Description: When a young couple take a getaway aimed at reviving their romance, they find themselves trapped in a tent with a venomous snake and a backlog of secrets, and realize that only one of them can make it out alive. WorldPremiere

****
Award for Short Film
Winner: A Funeral for Lightning, directed by Emily Kai Bock. USA/Canada.
Film Description: Seven months pregnant and stuck in a sleepy corner of Tennessee, a young woman begins to question the promises made by her charismatic husband.

Special Mention for Excellence in Storytelling: Balloonfest, directed by Nathan Truesdell. USA
Film Description: Cleveland attempts to overcome its nickname, “The Mistake by the Lake,” by launching a bunch of balloons.

****
Award for Documentary Short
Winner: Black America Again, directed by Bradford Young. USA
Film Description: Inspired by Common’s Black America Again, this portrait is a celebration of the beauty, strength, perseverance and spirit of the black community in these troubling times.
****

This award is given to the fiction feature audiences liked most as voted by a tabulated rating system. Select fiction feature-length films screening in the following sections were eligible for the Audience Award for Best Fiction Feature: U.S. Fiction, World Fiction, LA Muse, Nightfall and Premieres.

This award is given to the short film audiences liked most as voted by a tabulated rating system. Short films screening in the Shorts Programs or before feature films in the Festival were eligible for the Audience Award for Short Film.

This award is given to the web-series audiences liked most as voted by a tabulated rating system.

Alfa Romeo
Since its foundation in Milan, Italy, in 1910, Alfa Romeo continues to design and craft some of the most stunning and premium vehicles in automotive history, all while building on a racing heritage that includes some of the most talented and storied drivers and victories. www.alfaromeousa.com

American Airlines
American is committed to the community in Los Angeles through local partnerships and community projects and, as the preferred airline of the entertainment industry, has formed an advisory council of influencers from leading entertainment corporations to shape future decisions. American offers up to 225 flights per day from LAX to 70 destinations worldwide.

EFILM | CO3
Post facilities EFilm | Company 3, part of Deluxe’s creative group of companies, are known for creative color artistry, pioneering technology and global reach. Recent features include blockbusters Beauty & the Beast and Wonder Woman and indies such as The Bachelors, The Book of Henry, A Crooked Somebody and Out of State.

Maker’s Mark
Maker’s Mark® is one of the finest Kentucky Bourbons with a soft, smooth flavor stemming from the use of red winter wheat. Today, Maker’s Mark® makes its bourbon the same way its founder, Bill Samuels, Sr., did over 60 years ago, in small batches by craftsmen who hand-dip each bottle.

Essentia Water
We’re here to put a flag in the ground and tell the world that a better you starts with a better water. Supercharged ionized alkaline water, Essentia delivers peak rehydration performance. It’s about drinking up more of life and doing all the things that make you extraordinary. #EssentiaNation

Golden Road
Founded in 2011 by beer enthusiast Meg Gill, Golden Road Brewing has since become Los Angeles' largest craft brewer and is available throughout major markets in the US. Golden Road offers a wide variety of beers created by combining old world brewing standards with California lifestyle inspired innovation and ingredients.
Thank you to WireImage, the Official Photographer of the LA Film Festival. Please visit wireimage.com, the official source for photos.
Posted by donloeslowdown.blogspot.com at 1:08 PM No comments: