'A Raisin In The Sun' Shines At Ruskin Group Theatre 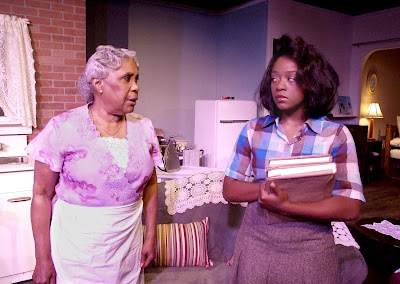 Lorraine Hansberry’s classic play, A Raisin In The Sun is one of those popular and revered shows that has actually become a standard bearer in black theater.

The play, which made history in its 1959 Broadway debut, won the Best Play Award from the New York Drama Critic’s Circle and made Hansberry a household name (the first black woman to have a
play produced on Broadway) and an admired playwright.

Raisin has been performed by the best actors and staged by the best directors. It was both a staged production (directed by Lloyd Richards) and a successful film starring Sidney Poitier, Claudia McNeil, Diana Sands, Ruby Dee, Glynn Turman and Lou Gossett, Jr. In 2008, Phylicia Rashad, Audra McDonald, Sean Combs and Sanaa Lathan starred in a television film directed by Kenny Leon.

There really is no need to revise the beloved tome unless there is something new or riveting to add.

The Ruskin Group Theatre in Santa Monica delivers a worthy opponent with its production currently playing through Sept, 17, 2016.

The character-driven play, set in the Younger home in the Washington Park Subdivision of Chicago’s south-side Woodlawn neighborhood, is a drama that peels back the many layers and issues of family, friendship and desperation.  The show focuses on a black family’s struggle to get their heads above water by putting to good use a $10,000 life insurance check they receive after the patriarch’s death. 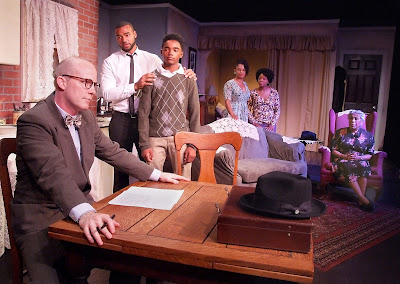 The son, a worn out and weary Walter Lee (Redaric Williams), dreams of opening his own liquor business, while his wide-eyed, optimistic sister Beneatha (Charlotte Williams) plans to go to medical school. Walter’s wife, Ruth (Angelle Brooks) looks forward to getting out of the rat and roach infested tenement, while the matriarch of the family, Mama Lena (Starletta DuPois) is just trying to hold her family together.

The three generations of exhausted family members inhabiting the apartment are in such close proximity to each other – they have to leave the room to change their minds.

Charlotte Williams is a breath of fresh air as the young and spirited 20-year-old Beneatha.  Angelle Brooks is effective as Ruth, the tired and loyal wife. Redaric Williams is probably the most buff Walter Lee Younger on record. He delivers a beefed up portrayal. Veteran actress Starletta DuPois is terrific as Mama Lena, giving a valiant performance.  Jaden Martin’s boyish charm is just the right amount of cute for the role of Travis, the 11-year-old son of Walter Lee and Ruth. Kristian Kordula’s performance as the uppity, well-to-do college graduate George Murchison is fun and energetic. 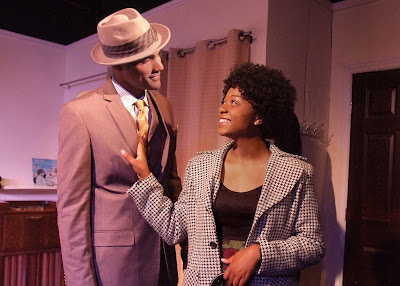 
The rest of the cast buoys the production.

Owen’s direction keeps the story moving forward throughout a well-conceived, restrictive stage designed by Eric Barron. The set does its job – adding a layer of suffocation that helps to signify the family’s plight, while at the same time becoming a bond that holds this show together. It’s tight and effective lending itself to the cramped quarters of an impoverished family in distress.

Kudos to everyone involved in the Ruskin Group Theatre’s production of A Raisin In The Sun.

Photos by Ed Krieger
Posted by donloeslowdown.blogspot.com at 5:19 PM