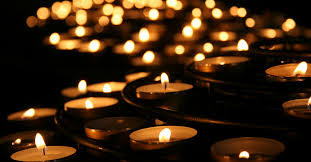 A number of noteworthy African Americans closed their eyes for the last time in 2018. They were writers, actors, directors, musicians, publicists, entertainment executives, activists, community leaders, and politicians. All were influential in their own way. Before they left the planet, they made a significant impact. This column pays tribute to those who passed this way. 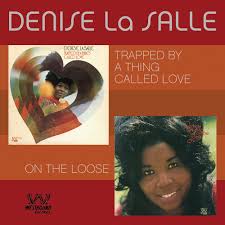 Jan. 20 – Olivia Cole, actress Roots, Backstairs at the White House. She was 75.

FEBRUARY
Feb. 2 – Dennis Edwards, member of the legendary Temptations. He was 74.

Feb. 14 – Lerone Bennett Jr., an African-American scholar, author and social historian, known for his analysis of race relations in the United States. He was 79.

March 4 – Boyd Jarvis, a producer, and musician. His synthesizer fueled dance music. He was 59.

Apr. 10 – Yvonne Staples, singer, and manager of The Staple Singers. She was 80.

Apr. 29 – Reginald McArthur, baritone lead singer for The Controllers. He was 63.

May 3 - Shelly Garrett, legendary urban theater director/producer/playwright, known as The Godfather of Urban Theater, and best known for his classic hit play, Beauty Shop. He was believed to be 72.

May 5 - Chef Judson Allen, ‘architect of flavor’ featured on Food Network. He was 36.

May 31 – Michael Ajakwe Jr., writer, director, producer and web festival pioneer, and organizer. He was 52.

June 12 – Ghalib Ghallab, noted keyboardist and singer. He was 67.

June 27 – Joseph ‘Joe’ Jackson, talent manager and patriarch of the legendary Jackson family. He was 89.


July 30  – Ronald Dellums, Congressman. The first African American to chair the Armed Services Committee. The former mayor of Oakland, CA. He was 82.

Aug. 9 - The Rev. Dr. Katie Geneva Cannon, Annie Scales Rogers Professor of Christian Ethics at Union Presbyterian Seminary. The first African-American woman ordained as a minister in the Presbyterian Church (U.S.A.), and a foremost scholar of the womanist movement. She was 68.

Sept. 19 - Arthur Mitchell, barrier-breaking black dancer. He helped to start Dance Theatre of Harlem. He was 84.

Sept. 19 - Venisha Brown, God Father of Soul James Brown’s daughter. A songwriter, and musician. She was 53.

Oct. 8 - George Taliaferro, the first African-American drafted by an NFL team.  He was 91.

Oct. 9 - Warner Saunders, retired NBC5 anchor. He was 83.
Oct. 10 – Raye Montague. She broke the glass ceiling and in the process changed the way the U.S. Navy designed ships. She is credited with creating the first computer-generated rough draft of a U.S. Naval ship. She was 83.
Oct. 16 – Gary Young, New Birth vocalist.
Oct. 17 - Rashod Ollison, music critic/newspaper writer/author. He was 41.
Oct. 17 – Keith Haines, Dazz Band keyboardist. He was 55.
Oct. 24 – Melvin Ragin – “Wah Wah” Watson, guitarist. He was 67.

Nov. 8 - Wally Triplett, first African American to be drafted and play in the NFL. He was 92.

Dec. 6 - Andrew Frierson, the pioneering Black opera singer. He was 94.

Posted by donloeslowdown.blogspot.com at 9:04 PM