'Gemma Bovery' Opens In Theaters May 29

GEMMA BOVERY opens this Friday, May 29. The film will open in Los Angeles at The Landmark in West L.A., Pasadena Playhouse 7 in Pasadena, Town Center 5 in Encino, CA and in New York City at the Lincoln Plaza and Sunshine Cinema. 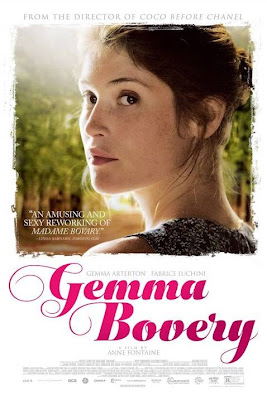 Posted by donloeslowdown.blogspot.com at 12:15 PM No comments: 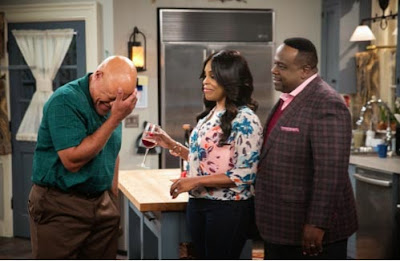 Tonight is the season finale of The Soul Man, starring Cedric the Entertainer and Niecy Nash.  The back-to-back final episodes air at 10:30 p.m. ET/PT and 11 p.m. ET/PT. 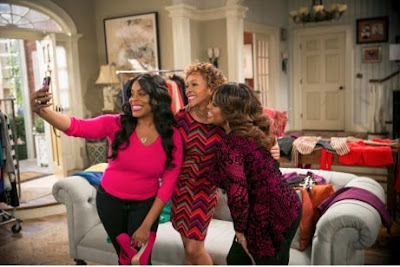 When Stamps gets sucked up in a self-help philosophy called The Roar, Boyce decides to crash a seminar to see if it's legit. Lolli tries to get her salon on St. Louis Weekly hotlist to boost her business, and Barton refuses to go to the dentist for a toothache. 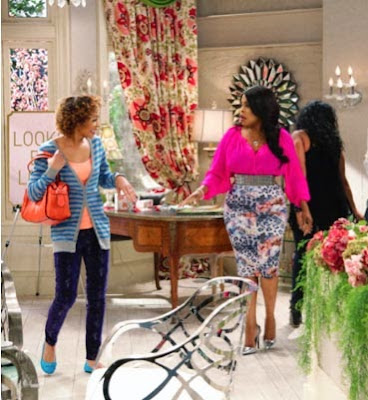 The 11 p.m. show is titled: Busting Boyce. In the episode the church is planning a big party for Boyce's anniversary as pastor, but the parishioners turn on him when he seems ungrateful. To avoid a low turnout at the anniversary, Lolli does damage control at the expense of Boyce's dignity.
Posted by donloeslowdown.blogspot.com at 11:54 AM No comments:

'Matilda' Set To Open At Ahmanson On May 29

'How To Be A Rock Critic' Rehearsals Begin

Rehearsals begin May 26 for the world premiere production of “How to be a Rock Critic,” based on the writing of Lester Bangs, the rock critic who reached iconic status in the 1970s with his passionate, intellectually honest writing. Performances at the Center Theatre Group/Kirk Douglas Theatre begin June 17 and continue through June 28, 2015, in the theatre’s rehearsal space, Upstairs@KDT. Presented as part of DouglasPlus, “How to be a Rock Critic” is a co-production with South Coast Repertory.

Written by Jessica Blank and Erik Jensen, performed by Jensen and directed by Blank, “How to be a Rock Critic” follows the brief and outsized life of Bangs, who wrote about the The Clash, Bob Marley, Lou Reed, Blondie, Iggy Pop, The Ramones and many more, in publications such as Rolling Stone, Creem, Village Voice and Playboy. His writing was wild, funny, original, unpredictable and dedicated to stripping away the marketing jargon surrounding the artists.

Jessica Blank and Erik Jensen are actors, writers and directors, and together have authored “The Exonerated,” a play based on interviews with over 40 wrongfully convicted death row inmates in the United States (Lortel, Outer Critics Circle, Drama Desk and Ovation Awards, among others). Blank and Jensen’s documentary play “Aftermath” was based on interviews conducted with Iraqi civilian refugees in Jordan and directed by Jessica (a New York Times Critics’ Pick and was nominated for two Drama League Awards).
Posted by donloeslowdown.blogspot.com at 1:14 PM 1 comment:

CANNES, FRANCE (May 21, 2015) – Broad Green Pictures announced today the U.S. acquisition of Brad Furman’s adaption of THE INFILTRATOR.  Purchased during the Cannes International Film Festival, the studio plans to add the film to their growing slate for 2016.

Based on the true story of a fearless operative, THE INFILTRATOR is a heart-stopping account of one of history’s largest and most elaborate stings. Set amidst the lavish excess of the 1980’s, THE INFILTRATOR tells the story of undercover US Customs agent Robert Mazur (Cranston) AKA Robert Musella, who became a pivotal player for drug lords cleaning their dirty cash. He traded on mob connections to become the confidant to scores of the international underworld, and the bankers who enabled them. Laying his life on the line, he infiltrated the globe’s largest cartels and discovered just how deep into society their influence extended. The operation reeled in key players in a chain stretching all the way to Escobar. Their arrests would lead to the collapse of the Bank of Credit and Commerce International, and shake the underground economy to its core.

“I’m thrilled to be partnering with Broad Green Pictures” Furman stated. “This project was truly a labor of love for all involved, and I can’t wait for Broad Green, whose passion for film is unparalleled, to bring THE INFILTRATOR to a wide audience.”

"Brad Furman is a major talent who has brought an exciting and intense piece of U.S history to screen.  We are eager to work with the filmmakers and cast to make sure their vision is realized for the release of this film," said CEO Gabriel Hammond and Daniel Hammond, Broad Green’s Chief Creative Officer.

Good Films Founder Miriam Segal commented, “We are so proud of this movie and could not be happier to be partnering with the brilliant team at Broad Green Pictures, whose passion and commitment to excellence will ensure this extraordinary real-life thriller reaches and excites the broadest of U.S. audiences.”

The deal was brokered on behalf of the filmmakers by WME, while Dylan Wiley, President of Specialty Releasing and Chris Tricarico, EVP Business Affairs handled for Broad Green.

Broad Green Pictures is a feature film financing, production and distribution company founded by Gabriel and Daniel Hammond in 2014. The studio distributes both specialty and wide release product across a multitude of platforms resulting from in-house development and production as well as acquisitions and co-productions.

Broad Green is constructing a fully-integrated movie studio providing filmmakers with unparalleled development support, production infrastructure, and marketing resources to execute their vision from script to screen. Through collaborative partnerships with both rising talent and established filmmakers, Broad Green shares incredible stories with the widest possible audiences, pushing boundaries and taking creative risks.  The studio’s upcoming slate includes the critically acclaimed 99 Homes, A Walk In The Woods, Samba, I Smile Back and Learning To Drive, as well as Terrence Malick’s Knight Of Cups, Voyage Of Time, and his untitled project starring Ryan Gosling, Rooney Mara and Michael Fassbender.

Good Films, which is run in partnership by Miriam Segal (Lead Producer) and Martin Rushton-Turner (Co-Managing Director), operates as the production entity for projects developed by George Films.

Then, in 2016, Christian Contreras’ Labyrinth, adapted from the book by Randall Sullivan, is set to shoot in LA and Vegas.

In final development are author and journalist Peter Godwin’s When A Crocodile Eats The Sun, author Siri Hustvedt’s What I Loved and Ellen Brown Furman’s original screenplay No Comment.
Posted by donloeslowdown.blogspot.com at 9:50 PM No comments: 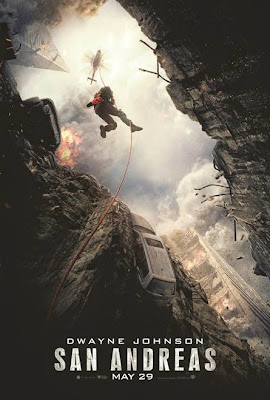 Dwayne “THE ROCK” Johnson is having a good month. This past Tuesday he was immortalized at the TCL Chinese Theatre. On May 29, his blockbuster film, San Andreas, opens.

Synopsis: After the infamous San Andreas Fault finally gives, triggering a magnitude 9 earthquake in California, a search and rescue helicopter pilot (Dwayne Johnson) and his estranged wife make their way together from Los Angeles to San Francisco to save their only daughter.But their treacherous journey north is only the beginning. And when they think the worst may be over…it’s just getting started. 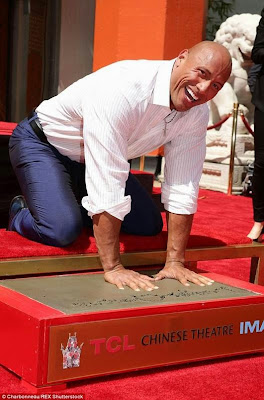 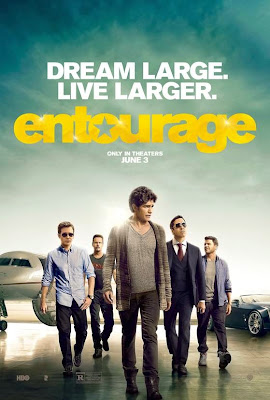 Entourage, the much-anticipated big-screen version of the award-winning hit HBO series, reunites the show’s original cast, led by Kevin Connolly, Adrian Grenier, Kevin Dillon, Jerry Ferrara and Jeremy Piven. Movie star Vincent Chase (Grenier), together with his boys, Eric (Connolly), Turtle (Ferrara) and Johnny (Dillon), are back…and back in business with super agent-turned-studio head Ari Gold (Piven).  Some of their ambitions have changed, but the bond between them remains strong as they navigate the capricious and often cutthroat world of Hollywood. 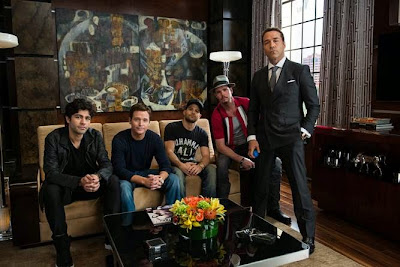 The film is set to open in theaters on June 5, 2015.
Entourage has been rated R by the MPAA for pervasive language, strong sexual content, nudity and some drug use.
Posted by donloeslowdown.blogspot.com at 5:40 PM No comments:

LAS VEGAS (May 17, 2015) – The 2015 Billboard Music Awards, hosted by hip-hop artist and actor Ludacris, and TV host and supermodel Chrissy Teigen, was an amazing night of show-stopping musical performances, never-before-seen superstar duos, and explosive moments! Teigen’s quick wit and ability to play to the crowd, and Ludacris’ comedic timing and hosting experience made this unexpected pair rival some of America’s favorite hosting duos. The show aired live from the MGM Grand Garden Arena in Las Vegas on ABC.

Returning to the Billboard Music Awards performance stage after 17 years, Mariah Carey brought the audience to their feet with a medley of her classic debut single -- and first Billboard Hot 100 No. 1 hit -- “Vision of Love” and new single “Infinity.”  And Carey wasn’t the only singer bringing a sense of nostalgia to the stage.  Simple Minds, in honor of the 30th anniversary of “The Breakfast Club” performed their No. 1 Hot 100 hit “Don’t You (Forget About Me),” which has become synonymous with the film itself and topped the chart exactly 30 years ago this week.  John Hughes darling and “The Breakfast Club” star Molly Ringwald was on-hand to welcome the band to the stage.  Another '80s throwback came in the form of an explosive, neon-hued performance from music superstars Britney Spears and Iggy Azalea who brought their new single “Pretty Girls” to the stage for the first time ever.

Jussie Smollet, Bryshere “Yazz” Gray, and Estelle delivered a powerful rendition of stand-out song “Conquerer” and viewer favorite “You’re So Beautiful” from their breakout hit show “Empire.”  The night was not short on memorable collaborations with duets from Nicki Minaj featuring David Guetta, Little Big Town with Faith Hill, Fall Out Boy with Wiz Khalifa, and Pitbull featuring Chris Brown.  Solo artists also dominated the stage, with extraordinary performances by Kelly Clarkson, Hozier, Nick Jonas, Tori Kelly, Ed Sheeran, and Kanye West, who closed out the night with a commanding rendition of his hit “All Day.”

While the majority of the broadcast was focused on high-energy, one-of-a-kind performances, there were several touching tributes to some of the great artists who’ve passed away in recent months, including B.B. King, who received a heartfelt commemoration from host Ludacris as the camera panned to one of King’s iconic Lucille guitars, which was on display on stage.  Vegas’ hometown band, Imagine Dragons, delivered a special rendition of “Stand By Me” in honor of the late Ben E. King, whose family was in the audience for the moving moment.  During Wiz Khalifa, Charlie Puth and Lindsey Stirling’s powerful performance of the “Furious 7” anthem “See You Again,” a poignant clip of the film's Paul Walker was shown to remember the actor and Ludacris’ longtime friend and colleague.

Top Soundtrack:
“The Fault in Our Stars”
“Fifty Shades of Grey”
**“Frozen”
“Guardians of the Galaxy: Awesome Mix: Vol. 1”
“Into the Woods”

Top Hot 100 Song:
Iggy Azalea Feat. Charli XCX “Fancy”
John Legend “All of Me”
Sam Smith “Stay With Me”
Taylor Swift “Shake It Off”
**Meghan Trainor “All About That Bass”

For the latest Billboard Music Awards (BBMAs) news, exclusive content and more, be sure to follow the BBMAs on social and join the conversation by using the official hashtag for the show, #BBMAs.