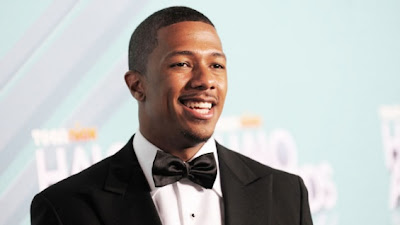 Nick Cannon, The America's Got Talent host has inked a first-look production deal with NBC to develop scripted and unscripted fare for the network.

“We are gratified to know that this new agreement will expand our successful working relationship with Nick beyond ‘America’s Got Talent’ and allow him to further draw on his notable creative instincts,” NBC Entertainment alternative and late-night programming president Paul Telegdy said. “Nick already has produced content for many entertainment genres and formats, and we look forward with great anticipation to his cutting-edge ideas in the months to come.”

Under the pact, Cannon will return as host for America's Got Talent, which remains NBC's top-rated summer competition series.

"Working closely with Paul Telegdy and the folks at NBC has been incredibly rewarding.  I am thrilled to expand my role and contributions by creating original programming for the NBC Universal team," Cannon said.

Milos Forman will receive the Directors Guild's Lifetime Achievement Award for Distinguished Achievement in Motion Picture Direction on February 2 at the 65th annual DGA Awards. The helmer won Best Director Oscars and DGA Awards for 1974′s One Flew Over The Cuckoo’s Nest and 1984′s Amadeus. His films have been nominated for 33 Oscars and won 13, with the Jack Nicholson-starring Cuckoo’s Nest sweeping the top five categories at the 1975 Academy Awards. “It is a tremendous privilege to present the DGA Lifetime Achievement Award for feature film to one of the greatest filmmakers of our time, Milos Forman,” DGA president Taylor Hackford said in announcing the award. “No matter what subject or genre he tackles, Milos finds the universality of the human experience in every story, allowing us — his rapt audience — to recognize ourselves within the struggle for free expression and self-determination that Milos so aptly portrays on the silver screen.”
Forman’s credits include The People Vs. Larry Flynt, which earned him a third Best Director Oscar nomination. His other films include Hair, Ragtime, Valmont, Man In The Moon, and Goya’s Ghosts. He also spent many years teaching and running the film studies program at Columbia University. He joined the DGA in 1970 and has served two terms on the National Board.
Posted by donloeslowdown.blogspot.com at 3:04 PM No comments:

Starlet was selected to receive the annual Robert Altman Award, which is bestowed upon one film’s director, casting director and ensemble cast.

"The nominations this year represent an astonishingly strong group of artists both in front of and behind the camera," said Film Independent Co-president Josh Welsh. "At Film Independent, we nurture artist-driven filmmaking all year long and I can't imagine a more fitting or worthy group of films to celebrate here today."

Winners will be announced at the Spirit Awards on Saturday, February 23, 2013.  The awards ceremony will be held as a daytime luncheon in a tent on the beach in Santa Monica, and the premiere broadcast will air later that evening at 10:00 pm ET/PT on IFC.  Winners of the Spirit Awards Filmmaker Grants will be highlighted during the awards ceremony and announced at the Film Independent Spirit Awards Nominee Brunch on Saturday, January 12, 2013 at BOA Steakhouse in West Hollywood.

ABOUT THE FILM INDEPENDENT SPIRIT AWARDS
Now in its 28th year, the Film Independent Spirit Awards is an annual celebration honoring artist-driven films made with an economy of means by filmmakers who embody independence and originality. The Spirit Awards recognizes the achievements of American independent filmmakers and promotes the finest independent films of the year to a wider audience.

Film Independent is a non-profit arts organization that champions independent film and supports a community of artists who embody diversity, innovation, and uniqueness of vision. Film Independent helps filmmakers make their movies, builds an audience for their projects, and works to diversify the film industry. Film Independent’s Board of Directors, filmmakers, staff, and constituents, is comprised of an inclusive community of individuals across ability, age, ethnicity, gender, race, and sexual orientation. Anyone passionate about film can become a member, whether you are a filmmaker, industry professional, or a film lover.

For more information or to become a member, visit FilmIndependent.org.

BEST FIRST FEATURE (Award given to the director and producer)

JOHN CASSAVETES AWARD - Given to the best feature made for under $500,000.  Award given to the writer, director, and producer.  Executive Producers are not awarded.

BEST DOCUMENTARY (Award given to the director and producer)

BEST INTERNATIONAL FILM (Award given to the director)

STELLA ARTOIS TRUER THAN FICTION AWARD – The 18th annual Truer Than Fiction Award is presented to an emerging director of non-fiction features who has not yet received significant recognition.  The award includes a $25,000 unrestricted grant.

ROBERT ALTMAN AWARD - (Given to one film’s director, casting director, and its ensemble cast)

Posted by donloeslowdown.blogspot.com at 11:55 AM No comments: