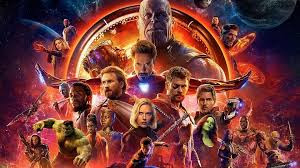 The wait is over! All of the Avengers are here!

The third installment of the Avengers franchise and the 19th Marvel Studios film to date has arrived in theaters.

It goes without saying that Marvel Studios’ Avengers: Infinity War is the most impressive collection of iconic superhero characters ever assembled in one film.

Before we get to which characters appear in the film, let’s talk about the film. 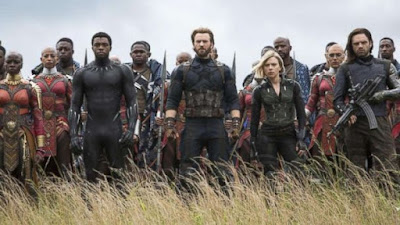 First, all Avengers fans will be stoked about the amount of action contained in this two hour and 36-minute film. At a recent screening, the theater was filled with numerous squeals every time a beloved character made their first appearance on screen.

The dialogue is crisp and incredibly witty. Although there is lots of fighting, there are also lots of funny moments. There are also some tender, emotional moments. The story, 10 years in the making, is interesting and the interplay between the characters is engaging.

Infinity War, directed by Emmy Award-winning directors Anthony and Joe Russo, picks up as the Avengers (some of whom still have a problem with each other) and their allies, continued to protect the world. But this time they are up against the most powerful villain of all time - Thanos, a despot of intergalactic infamy, who will stop at nothing to collect all six Infinity Stones in his quest to wield unimaginable power and his twisted will on all of humanity. A hulking figure, Thanos actually has a surprisingly human side to him, the form of which won’t be revealed in this review. Thanos is a powerful Titan warlord who rules over the furthest regions of space and commands massive armies known as the Chitauri and the Outriders. He sends his followers to earth to collect the two remaining stones that have eluded him.  He wants it done by any means necessary.

You have T’Challa (Black Panther), Captain America, Iron Man, the Guardians of the Galaxy, Black Widow, The Hulk, Thor, Doctor Strange, Spider-Man, Falcon and more, all working together to make the world a better place. Come on now, Thanos, you don’t really think you can get past them – do you?  You’re a bad boy, but are you bad enough to take on ALL of the Avengers?


The battle scenes and thrilling sequences in this action, science fiction, fantasy and adventure film are numerous and epic! No one is backing down without, well, an all-out war!  This film, which is a bit long, but well worth it, delivers on its promises.
Avengers Assemble!

Avengers: Infinity War (Walt Disney Pictures) is RATED PG-13 (for intense sequences of sci-fi violence and action throughout, language and some crude references)

Posted by donloeslowdown.blogspot.com at 12:15 PM 2 comments: 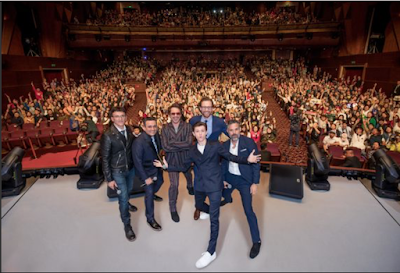 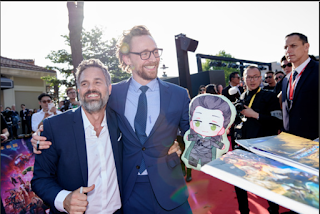 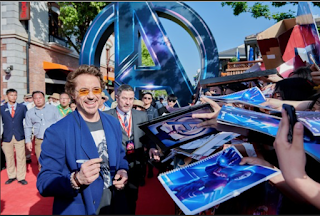 Disney Pixar's 'Incredibles 2' Out On June 15 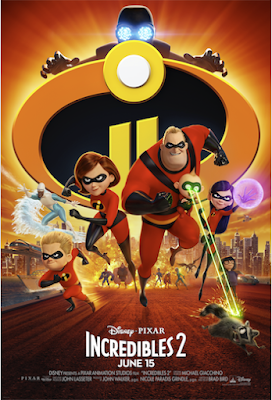 In “Incredibles 2,” Helen (voice of Holly Hunter) is called on to lead a campaign to bring Supers back, while Bob (voice of Craig T. Nelson) navigates the day-to-day heroics of “normal” life at home with Violet (voice of Sarah Vowell), Dash (voice of Huck Milner) and baby Jack-Jack—whose superpowers are about to be discovered. Their mission is derailed, however, when a new villain emerges with a brilliant and dangerous plot that threatens everything. But the Parrs don’t shy away from a challenge, especially with Frozone (voice of Samuel L. Jackson) by their side. That’s what makes this family so Incredible.

SHORT DESCRIPTION:
Helen (voice of Holly Hunter) is called on to help bring Supers back, while Bob (voice of Craig T. Nelson) navigates the day-to-day heroics of “normal” life at home when a new villain hatches a brilliant and dangerous plot that only the Incredibles can overcome together.

Posted by donloeslowdown.blogspot.com at 10:55 AM No comments: 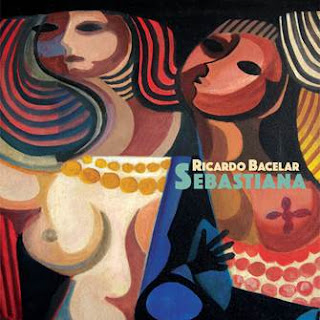 FORTALEZA, BRAZIL (11 April 2018): As a lawyer, Ricardo Bacelar has built airtight cases to make winning arguments to the court in defense of copyrights. As a musician, the pianist-composer-arranger is just as meticulous when it comes to crafting his recordings, making convincing musical statements. To prepare a compelling case to present on his third album, Sebastiana, which dropped stateside on March 30 and throughout Europe earlier this month, he gathered a collective of musicians from all over the Latin-American diaspora and granted them the freedom to inject their unique cultural identities into the 15-track contemporary jazz set of freshly-arranged Brazilian standards and poignant piano prose penned by Bacelar.

The multi-genre album is receiving airplay from a variety of jazz radio formats and the disc has been lauded by reviewers for its artistic vision, authenticity and cultural significance. Thus far, Bacelar Productions has lensed videos for four songs. “Volta da Asa Branca” and “Oh Mana Deixa Eu Ir” - the later coolly crooned by Bacelar - are set in a natural amphitheater formed by a precipitously chiseled mountain range, desert foliage and vast skies with Bacelar’s grand piano precariously perched atop a rocky slab. “Toda Menina Baiana” finds the protagonist contemplating on a stroll by the opalescent Atlantic Ocean on the Brazilian coastline and in the recording studio tracking the cut live with several band members. The imaginatively animated “Nothing Will Be As It Was,” was the first single from the album and showcases a lonely lead vocal from Maye Osorio and Bacelar’s mood-shifting Moog synthesizer, adding texture to the unsettling cut. Two more videos are slated to be shot.

The Brazil-based Bacelar will be in Lisbon, Portugal later this month to perform four concert dates.
For more information and to view the videos, please visit http://ricardobacelar.com.br.
Posted by donloeslowdown.blogspot.com at 9:26 PM No comments:

BURBANK, Calif. (April 10, 2018) — Marvel Studios’ “Black Panther,” the highly celebrated story of T’Challa (Chadwick Boseman), a young African prince who takes on the mantle of King and Super Hero, has thrilled and inspired generations of moviegoers around the globe. Now, fans can bring home the phenomenon, packed with light-hearted fun, pulse-pounding action and a powerful message, and watch it over and over again, Digitally in HD and 4K Ultra HD™ and Movies Anywhere on May 8 and on 4K Ultra HD™, Blu-ray™, DVD and On-Demand on May 15.  With both Dolby Vision and Dolby Atmos immersive sound, 4k Ultra HD offers consumers a transformative viewing experience.

Stars of Marvel Studios’ AVENGERS: INFINITY WAR,  personally thank fans for their loyalty and support in “10 Years of Fandom.” 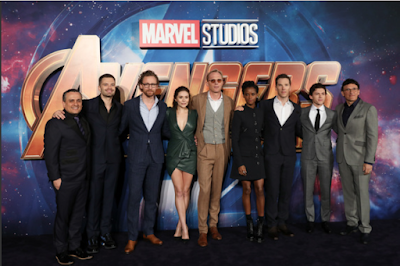 The 2nd Annual 'LA Get Down Festival' Opens

Shihan Van Clief – Along with being the first and only poet to have a poem named 'download of the week' on iTunes; this National Poetry Slam Champion and 4X National Poetry Slam Finalist has been featured on a variety of media outlets including 7 appearances on 6 seasons of HBO's Def Poetry, NBC, Oxygen Network, Current TV, Nike Battlegrounds, Reebok, Adidas, NBA, CNN, ESPN, Complex and Billboard Magazine, several national commercial spots, 5 National Tours including the Tony Award Winning Russell Simmons presents Def Poetry Jam International Tour and 2 Spoken Word documentaries, SP!T and the sequel to 1997's cult doc Slam Nation, Slam Planet. Shihan was also the 1st 'Poet' to sign an exclusive Sponsorship deal with Sports Giant, Adidas and he is the current voice for The Sprite Street Mix, a radio program broadcasted in over 14 countries in Africa. His abilities to transcend cultural and generational boundaries have made Shihan a much sought after talent.
Posted by donloeslowdown.blogspot.com at 11:13 PM No comments: 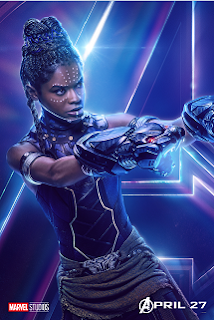 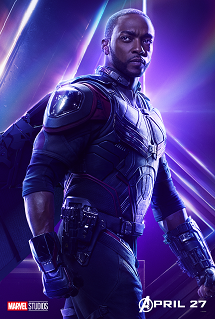 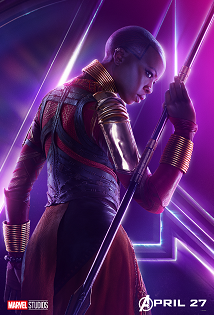 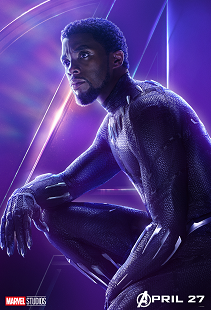 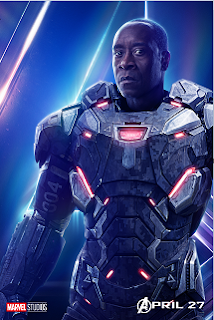 Posted by donloeslowdown.blogspot.com at 12:12 AM No comments:

THE TEST
& THE ART OF THINKING 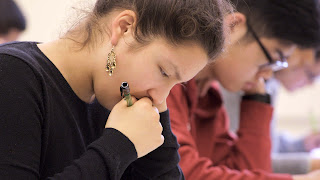 Each year more than 3 million high school students take the SAT or ACT, the college entrance exams required by most four-year colleges in the United States. For decades, however, there have been questions about exactly what these tests measure, what role they play in the admissions process and how predictive they are of academic success. The anxiety-provoking exams and the multibillion-dollar test-prep industry that has grown up around them have also become lightning rods in the ongoing national debate over equity in educational opportunity.

Running Time: 85 minutes
Posted by donloeslowdown.blogspot.com at 12:30 AM No comments: