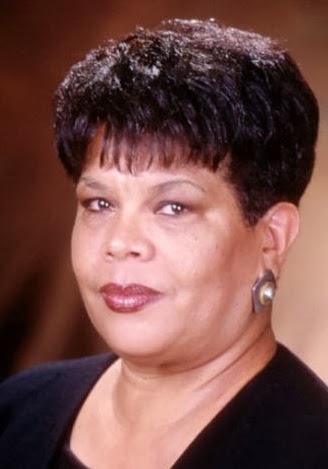 Former publicist Roz Stevenson doesn’t toot her own horn, but if she did she could talk about any number of high-profile Hollywood films that she worked on and helped to make a hit at the box office.

This week, the Pan African Film Festival (PAFF) and the African American Film Critics Association (AAFCA) will recognize Stevenson’s groundbreaking role in the film industry by tooting her horn at the PAFF’s annual Night of Tribute.

The Night of Tribute is part of the pre-show festivities for AAFCA’s awards ceremony set to take place at 7 p.m., Fri., Jan. 31, at the Taglyan Complex, 1201 Vine Street in Hollywood.

PAFF and AAFCA are collaborating to honor world-renowned actors, filmmakers, community leaders and artists for their contributions in the film and entertainment industry.

“These two individuals have not only excelled in their chosen professions, but they have been game changers in an ever-changing, fickle industry,” said Ayuko Babu, executive director of PAFF. “Both Roz and Jeff have been groundbreakers in Hollywood, knocking down barriers and serving as mentors for others following in their footsteps.”

Now retired, Stevenson served as the former president and CEO of Roz Stevenson Public Relations (RSPR) in Los Angeles.  She has more than 30 years of experience in the film industry.  RSPR specialized in motion picture publicity and promotions targeting the African-American market.  Founded in June 2000 with Universal Pictures as its main client, Stevenson’s agency made a positive impact on the studio’s motion picture releases.  In addition, she completed successful campaigns for other studios, including Sony Pictures, Screen Gems, Paramount Pictures, 20th Century Fox, New Line Cinemas, Fox Searchlight and HBO.

Under her leadership, RSPR served on more than 100 film projects, including American Gangster, Welcome Home Roscoe Jenkins, Transformers, Talk to Me, Evan Almighty, Norbit, Are We Done, Yet?, Smokin’ Aces, Pursuit of Happyness, Inside Man, and Ray – just to name a few.  Prior to opening her own firm, Stevenson served as a senior publicist at Universal Pictures, responsible for national and local TV, radio publicity and African-American campaigns for all motion picture releases.  While at Universal, she worked on such award-winning films and box-office hits as Erin Brockovich, The Hurricane, The Best Man, The Mummy and Out of Sight.

I recently caught up with Stevenson to talk about her career and her legacy.

DD: You are being feted with the Trailblazer award.  Do you consider yourself a trailblazer?

RS:  I guess I am. I didn’t think about that.  I was just doing my job. I like mentoring upcoming publicists. I wasn’t thinking about that. I just know that when I started, the studios weren’t doing set visits for black press. I knew studios would take sci-fi press on sets, though.

DD: It seems like the studios don’t deem the black press as being important.

RS: That’s the mistake they make. You have to educate the studio and the filmmakers about sources other than Ebony Essence, BET and Jet. They didn’t know TV One is a network.  Broadcast critics didn’t know.  Public relations is about how you meet all aspects of the community. When I was doing PR, I went to all the Tastemakers.  We did all of the events with people who represent various facets of the black community. We recognized that it was important.  I was always thinking deeper and broader about our community.  We go backward sometimes.

DD: You are being honored by the Pan African Film Festival.  What did you think when you first found out about it?

RS: I’ve been retired for six years. I was like, really? People are still thinking about me.  It’s nice.

DD: When you started there was no internet.

RS: The internet changed the game. In 1980 there was no internet. Then My Space became big. They didn’t have Facebook and Twitter. It all came after I retired. If I went back in today, I wouldn’t know how to do the social media piece. People don’t read magazine and watch shows like they used to. It’s all about the internet.

DD: Do you feel you made a difference in the PR/entertainment industry?  In what way?

RS: I think I made a difference in term of, when I asked Universal (Pictures) to let me go to each major black publication and outlet and ask them how we can better help them. The outlets said, ‘just take our call’. To think the black press felt I was there for them was important. They knew I said what I meant and I meant what I said. I wanted the press to feel comfortable that they could call me. When black stars would see me, they were proud. All they ever saw was white people.  I worked with Kim Basinger and at the end of the day she was like, ‘can you come work with us’. I took care of them. That is something that comes natural to me, maybe because I was a wife and mother.

DD: Why did you want to become a PR professional?

RS: It was something I fell into. I first started as an actress. I didn’t know about publicity. I went to MGM looking to be a production coordinator or manager. I ended up in the publicity department waiting to interview for a coordinator position. God put me in the right place.  I was a good writer. I organized parties.  It was a perfect job for me. I worked for 10 years in the biz before I fell into it.

DD: An actress?  Talk about that.

RS: I came from acting workshops. I was an extra. I was in Lady Sings The Blues, Room 222, Marcus Welby and Emergency. I had regular work. I thought I was going to be getting some speaking roles. I realized this wasn’t going to make it. I went into production on the show Good Times.  There was this  Minority Comedy Writing Program – for Norman Lear for all of his shows.  My next plan was to go to  a studio and become a production coordinator or manager. When I went to MGM that’s what I wanted to do.

DD: So, what was your next move?

RS: I went to UCLA to take a course in their PR Designation. It took me a year to finish it. Then I became an apprentice, then a junior publicist and then a senior publicist at MGM.  I voluntarily started doing black newspapers and Jet. When I learned what publicity and marketing was, I loved it. I used to work for the president of marketing at MGM. I told him, ‘you don’t know much about me, but I want to be a publicist’. I took the PR course and he made me one. I took the course in 1980 and became a publicist in 1982.

DD: What was the first movie that you did on your own?

RS: Breakin’ was the first movie I broke by myself.
Break dancing was the craze.  It came out number one at the box office. It was a phenomenon. I saw things from a different viewpoint.  I started being a go to person. They respected my opinions.

DD: So, eventually you were cut from MGM when it was sold to Ted Turner.

RS: I had six weeks to find a job. Two weeks before I was let go, a president at MGM called a president at Universal and I got the job there. I was like, ‘thank you, God.’

DD: Would you advise a young, black person to get in the PR industry?

RS: Oh, yeah! It’s just, what it is. You have to know how to get along with studios, white folks and black folks. Some get in there and want to only please white folks, but not black folks. They don’t try to get to know who the black media is.  I had a passion for it.

DD: Advice you’d give a young person just coming into the biz?  What should they know?

RS: A lot of them have to know when you come in with a Bachelor’s and Masters degree, it doesn’t mean anything. Make an impression. Do what you need to do. Get coffee, take notes. Have the right attitude. Be good at what they ask you to do before you start asking for promotions. You have to develop relationships. Know how to write. Figure out what works for you. Be able to get along with filmmakers, stars, your staff and the media, everybody. It’s exciting work.  Be able to multitask. Work on one film at a time. Make them believe you’re only working on their project.

DD:  Why did you open your own firm, Roz Stevenson Public Relations?

RS: I had it for 10 years. That was another one of those things. I didn’t see it coming. The vice president of special markets at Universal came to me after the Best Man and Hurricane campaigns.  She said I should do special markets. She said, ‘Tell me what we missed.’ I brought in my proposal. She said, ‘Why not open up your own and become our consultant?’ Then she said, ‘Universal will be your main client.’ It took six months. This was 1999.  I never saw that coming.

DD: In your 30 years in the biz, what was your most important lesson learned?

RS: I learned what my mother always said was true, ‘You do all you can and God will do the rest.’ I was 28 years in publicity, 38 in the industry. You can make it in the business but it’s a lot of work. It’s so fulfilling. I still see things on TV that I worked on that warms my heart.  It’s a wonderful life. It’s not a joy ride. The work is hard. This is a young person’s game.

DD: What are you most proud of in your career?

RS: I think various campaigns, but, I think it’s Ray. Everything was perfect. Jamie (Foxx) wanted to do everything we wanted to do. When I first saw an uncut piece, I said Jamie Foxx is going to win an Oscar.  When we won best marketing campaign of the year from the Publicist Guild, it was for Ray. We won for Jurassic Park, Schindler’s List and The Help. Ray is still my favorite.  Also worked on American Gangster.
DD: Why did you retire?

RS: I was tired. I was 65 years old. My mother was sick. We had some family crisis. I wanted to be able to spend time with my mother, who passed away two years ago and my grandchildren and some other seniors in my family. I stay busy all the time.

DD: Your feelings about the PAFF?

RS: I go every year. There are always movies that I want to see. I worked on the PAFF when I first started my business. It’s a wonderful part of our community. I love it. I love the artists. It’s a part of the King Holiday all the way through Black History Month.

DD: What do awards/honors mean to you?

RS: I think they’re nice. I never think about people honoring me.  I never expected it. I’m glad it’s PAFF. We have history.

Posted by donloeslowdown.blogspot.com at 5:56 PM