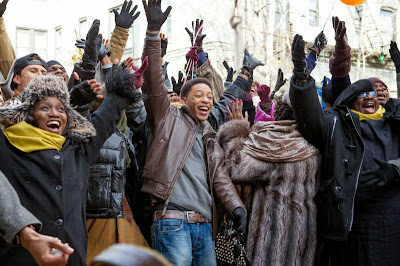 Black Nativity is the perfect offering for the holiday season.

In theaters today, Black Nativity, written and directed by Kasi Lemmons (Eve’s Bayou), is based on the play by Langston Hughes.

The faith-based film, produced by T.D. Jakes, is a musical about a resentful teen (Jacob Latimore) who is forced to live with his devout grandparents (Forest Whitaker and Angela Bassett) when his mother (Jennifer Hudson) hits on hard times.

There are lots of references to religion and faith in this film which is, depending on what side of the fence you’re on, either fabulous or a pain in the neck. 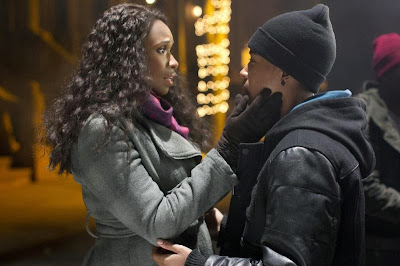 Naima (Jennifer Hudson) is a single woman raising a teenage son. When she falls on hard times she sends her son, Langston, to live with her estranged parents, played by Forest Whitaker and Angela Bassett. Naima ran away from home after becoming pregnant, a condition, of course, that was not met with approval by her father. They haven’t spoken since.

Langston finds it difficult to fit into his new environment. His grandfather is the pastor of a church and expects Langston to attend services as well. 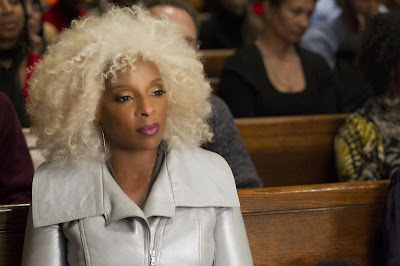 
Along the way, Langston gets into trouble and is thrown in jail. While there he meets a man, someone he thinks is a thug, who will come to play a significant role in his life.

The ‘thug’ is played by Tyrese Gibson.

This movie is about good and evil, about love, about pain, about doing the right thing, about forgiveness, but most of all about family and love.

To bring all of the elements together, there is a holiday service at the Reverend’s church.  There is where folks come to understand and to pardon misunderstandings, to comprehend and where all is revealed.

Mary J Blige makes an appearance as an angelic congregant, one of many religious symbols throughout the film.

The music in the film, which helps to advance the story, is like another character. Everyone in the films gets a chance to warble a bit. Of course, Jennifer Hudson blows the roof off. Latimore also gets it going, as does Gibson. But, even though at one time he wanted to sing opera, it’s Forest Whitaker rockin the mic that surprises. 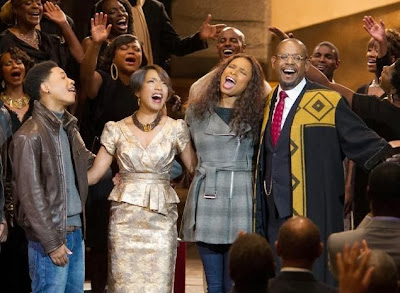 Kudos to Lemmons, who assembled a convincing and affecting cast.